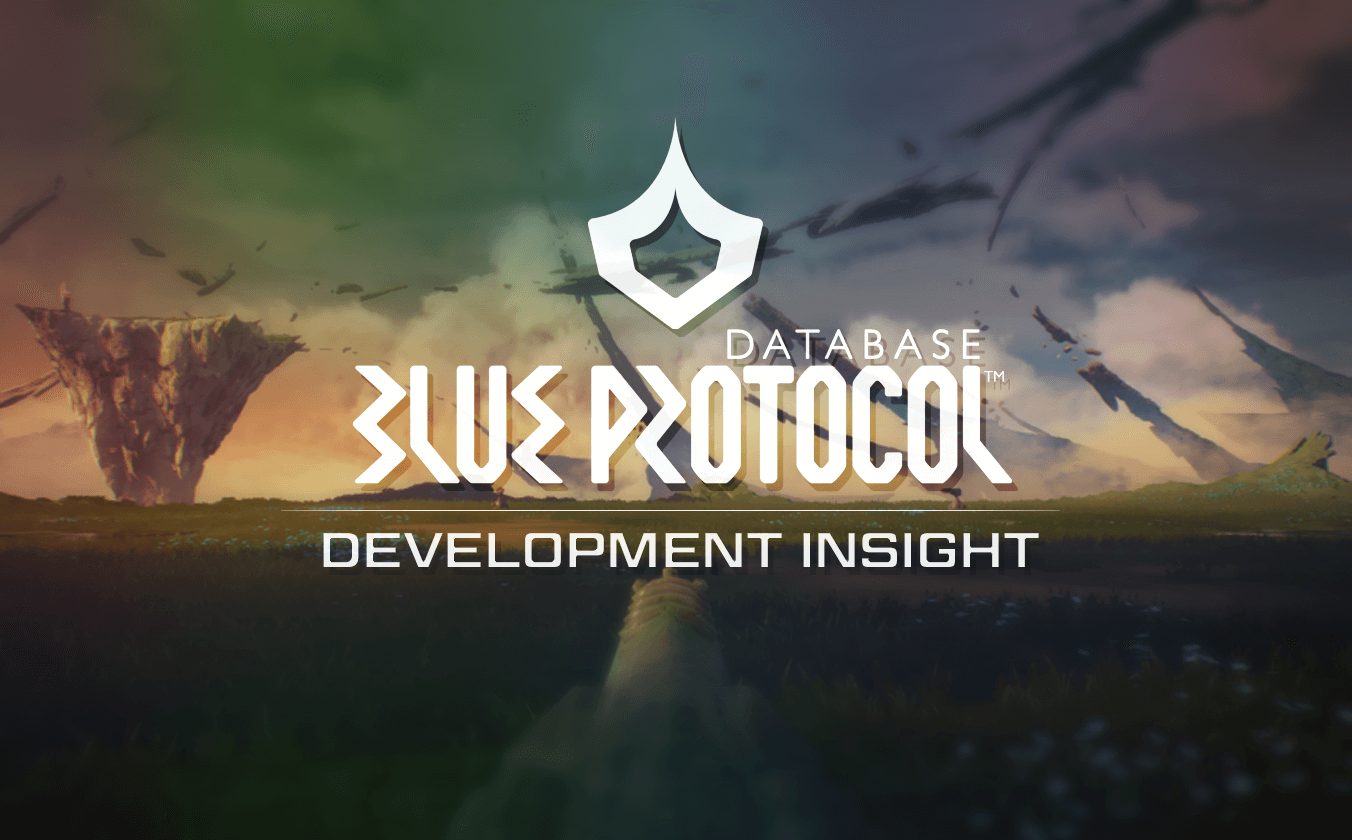 Greetings, adventurers!  We know there has been lots of speculation on the fate of BLUE PROTOCOL and anticipation of new information since the last news post.  Today we bring hope!

Bandai Namco Online is still hard at work on the project, and Executive Producer Soukichi Shimooka has commented on the current state of BLUE PROTOCOL on their official website.

Below, he talks about his past, the studio’s dedication to quality, and how they tie into the future of the project.

A completely new title. A world expressed via overwhelming graphics and multiplayer action, as if one entered an anime movie. This is the concept for which BLUE PROTOCOL is being developed.
Bandai Namco Online has poured its entire capabilities into overcoming the difficulties of creating a new IP, and developing the genre of Online Action RPGs.
Soukichi Shimooka, project lead, tells about the background of the project up to this point and his vision for the future.

Background of the Project

Giving Birth to a Title, Challenging the World with a New IP, and Uncharted Genres at Bandai Namco Online.

I remember vividly the moment where I saw “IDOLISH7” being presented at a project conference, thinking “This kind of game is truly what we are supposed to create!” From that moment, I’ve wanted to start building and growing a new IP from scratch.

Creating original IP is a hot topic for the whole Bandai Namco Group, which led me to join Bandai Namco Online in 2014.

When it came to IDOLISH7, the market for smartphone games was still dominated by titles targeted at male audiences. We wanted to challenge ourselves with something new, so we started developing it targeted at a female audience, to great success.

While our company has its forte in the shooter genre, the field of RPGs -usually first to mind when thinking of online games- are uncharted territory. We want to challenge ourselves again, bringing BLUE PROTOCOL to life alongside Bandai Namco Studios.

Furthermore, since we are operating as part of Bandai Namco Group, I thought that we should try to really bring the characters of the game into full view, which was when I was introduced to Mr. Okumura Daigo, responsible for the “Tales of” series.

I still remember the moment the word “Cool!” spilled from my lips upon seeing his first designs. From this, I painted the image of success. This is how one of the main concepts began: “overwhelming visuals, as if one had entered an anime movie”

Current State of the Project

Exceeding the Expectations of the Fans, to Achieve the Ultimate Mission.

Creating a new IP and making it a flagship title for Bandai Namco Online is easy to say, but the pressure is more immense than one would imagine.

Currently we are still improving the game, and evaluating all the feedback from the users gained during the playtests throughout 2019 and 2020.

Bandai Namco Online has made “exceeding the expectations of the fans” its mission, and to us this is an ultimatum.

We have received words of expectations, and of people wishing to play it soon from all over the world. We are very thankful for all the feedback we have received, some of which have been in the thousands of characters.

We feel the responsibility of bringing this project to a place where as many people as possible can enjoy it.

Throughout the evaluations and improvements after user tests, Shimooka feels the extent of users’ expectations: I would think the same if I were in your shoes: “They’ve made us wait this long, they must have built up an accordingly interesting game”. Our team is working its best to not betray our own policy, and to meet and exceed these expectations.

What We Want to Achieve with Blue Protocol

Toward a Game Loved and Treasured by the World. To Do So, We Are Seriously Aiming For the World.

Mr. Shimooka has played a lot of titles as a heavy user of online games himself. Based on his past experiences with online games, he wants to bring his values to life in BLUE PROTOCOL:

There would be no end to it if I began telling about my memories from the games I have played. When I talk with colleagues who played the same titles, it feels as if we were talking about our childhood memories.

I want to contribute to the creation of similar memories for all the players of BLUE PROTOCOL.

I want to see people of different cultures and languages bond over the game, and make memories that would have been impossible in the real world.

I want to make it a game loved and treasured by online gamers all over the world. This is why we need to seriously aim for the world market. We cannot make any compromises.

In a world where online games have become the norm, by my own decision I carry the resolve to say “This is the answer of Bandai Namco Online!”

Focused on creating new IP, he produces games, music, animation, and live performances.  He has done licensing work for new IPs before, both offline and online.  Known for his work on IDOLISH7, and BLUE PROTOCOL.

EvulOne
Longtime fan of everything anime, gaming, and pizza related. Now a writer and editor for Blue Protocol DB.