Welcome foreigners ! I am Sikus Maximus, the official ANNOUNCMENT MASTER !!! Today is my first day as an announcement master by the way ! But that’s not why I’ve summoned you all.

This is for each and every person which is going to have the honor to enter the world of Blue Protocol during the Closed Beta Test. But if you are not part of the chosen one, don’t go until I’m done. Don’t forget who I am : SIKUS MAXIMUS !

During the CBT, multiple community events will be attended on the discord server of the Database.

The first event is called “Say Cheese !” . On the last CBT day, before the server closes, we will try to get as many members as possible from the discord server together to make a Screenshot. I advise you to come prepared, there will be competition, there’s a load of handsome and pretty people, even though I’ll still be better than you. We will add that Screenshot on the website.

The second event is the Hall of Fame. Pretty stylish, right ? The Hall of Fame is only for the best of the best. If you are the second of the bests, it will not be enough. Not for the type of announcements that Sikus Maximus makes. You can see below the three ways you can try to be part of the HoF. The Hall of Fame will be on the discord server, only for the elite of the chosen ones. This elite will be granted a unique role on the discord server, so that everyone and anyone can recognize their power. I’m warning you, it will not be easy. Not for you.

The first person to attain the maximum level with a class : Aegis Fighter, Blast Archer, Spell Caster, Twin Striker will part of the Four First. It means that there will be four winners, one for each class.

Let’s say you were fast, you were good, you were strong. If no one is already one of the Four First for you class, you can submit yourself. To prove your achievement, you will have to send a Screenshot as proof in a specific discord channel with your ingame tag.

BEWARE ! We will double check it ingame. As a checking, a mod or admin will whisper you ingame and you will need to make a screenshot of it and send it to the corresponding member of the staff. Only then you may be one of them. I said it already, only the worthful ones will be granted this title that everyone desires.

The full pre-made party clearing the highest dungeon possible with the fastest clear time will have the chance to be part of the HoF. Build the best team, get the best members, destroy enemies and be the best.

Send us a video clip of the dungeon fight which shows at least 30 seconds of the last boss for the fight including the clear. The party members and clear time have to be visible in that clip. Don’t cheat, Sikus Maximus has no respect for cheaters. To prevent the evil spirits from cheating, a mod or admin will whisper you ingame and you will need to make a screenshot of it and send it to the corresponding member of the staff. Only then you may enter the great hall.

This spot is specifically for the elite of the chosen ones. You’ll have to be even stronger, even faster than the Rushers. Belongs this place for the party which cleared the highest challenge the fastest in the colosseum.

Send us a video clip of the colosseum fight which is at least 30 seconds long. The clip should include the fight against the last wave of the mobs. The party members and clear time have to be visible in that clip too. Also, a mod or admin will whisper you ingame and you will need to make a screenshot of it and send it to the corresponding member of the staff. Once you have done this and got the confirmation of the staff member, only then you will be able to enter the great doors of the HoF.

That will be all for this first edition of the Hall Of Fame. If you want you’re name to be remembered, shouted in the history of this new and emerging world, raise your shields, your swords, your axes, your staffs, your bows. Don’t be good. Be the best. Write your name in the history and I will be the first to shout it to the world.

But don’t stand up too fast my friend. Don’t forget this : nothing last forever. Even though you may enter the HoF, Blue Protocol will bring more and more challengers to your place, and new challengers are to come. So don’t get too comfortable because even if they’re not here yet, great warriors will come.

It was Sikus Maximus, announcing you the first edition of the Hall Of Fame. Good day to you foreigners, we will meet again. 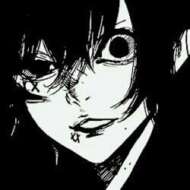