Given the importance of that article, we decided to post it quickly. We will correct any errors throughout the day. As always, we will try now to translate and summarize the important changes mentioned in the article.

As always, we will try now to translate and summarize the important part of that article.

In 2009, Bandai Namco Online was established as a 100% daughter company of Bandai Namco Entertainment. While they originally were established for the planning, development, and operation of PC online games, they are now working at game titles for different devices. Next to titles as “Mobile Suit Gundam Online” and “Idolish Seven”, they are currently working on the official release of the new title “BLUE PROTOCOL” alongside with Bandai Namco Studio. This very company Bandai Namco Online is now recruiting for new human resources. We inquired the CVO (Chief Visual Officer) Takahashi Mamoru about the atmosphere at the company and the applicants they are looking for. The interviewer is Furuoya Kazurou of the Digital Contents Group of CREEK & RIVER Co., Ltd.

Takahashi There are still many details we can’t make public yet, but we are starting up several large projects including “BLUE PROTOCOL”, so the development of other PC online games is also progressing greatly.
[…]
(remark: about the worldwide release)
Furuoya […] there is an impression that overseas is a larger online game market than Japan. In that case, does the approach to the market with the game in development differ in some way?

Takahashi Just as you say, as well as for PC as for mobile, the overseas too are a very large market for online games. The question whether we can compete with the world or not with this planning is one of the decision standards to start up a project. Among our projects currently in development, we have several very large titles with this aspect, which make a rewarding challenge to take on.

Furuoya So you are generally aiming for the world from the start?

Takahashi The thing is, not everything is all about going worldwide from the start. There is also the pattern of first releasing in Japan, and then expand over the world. There are several approaches to do so, but what we are aiming for are titles we would like the domestic players as well as the players all over the world to play in a broad manner.

(remark: about the applicants they’re looking for)
Takahashi […] The motto of our company is “gameplay first, quality first, customers first”. I believe that people who can identify themselves with this motto will be able to get along very well after joining as well.

On a side note, Takahashi also mentions that the employees sometimes play games together after working hours and also testplay their own games with the whole team up to twice a week and get fired up. They also have a board game club, an english club etc. in the company and also have events like game jams once or twice a year outside of work where 4 people across the whole company team up to make a game in 2 days regardless of their usual occupation, or having a curry cooking competition etc.
Currently Bamco Online has a total of 177 employees. 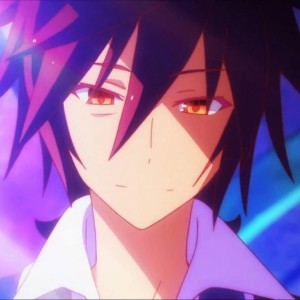