In the stream, we were presented with a new class. It was revealed to be Heavy Smasher! The stream displayed a video which showcased several different skills such as blocking and pulling enemies towards itself. Heavy Smasher is a heavy class who uses a giant hammer to deal high damage output but is quite slow. It is shown to be a sub-tank class.

Here is the video showcasing all the current skills:

The Heavy Smasher is rather slow, but is genuinely not even that slow because of the high knockback / stun stat. Since Heavy Smasher’s attacks are slow, it has lots of super armor skills. HP is the highest stat on Heavy Smasher.

Similar to NPC Co-op: Jake, Feste was now added and will fight along with you! Feste is a demi-human who is the first NPC you meet when you wake up from your slumber.

Like mentioned in the previous Development Livestream, this new information that was displayed, it’s plausible that we will have similar missions where we will fight side by side with other NPCs. They mentioned in particular that here will be more NPC’s available in the future.

Feste is shown to throwing flasks at enemies, which stuns the enemy and allows you to kill the monsters. Feste can also take the enemy aggro and buff you. Here is a video showcasing Feste:

During the first 20 minutes of the livestream, we were presented with lots of new mechanics and combat improvements. The new improvements and mechanics are:

Altitude Bonus is for ranged attacks. If you’re standing on a higher ground level than the enemy, it increases the attack damage depending on the altitude difference. So you should always aim for a better spot when attacking enemies ranged.

In addition to the new improvements of the combat system, we were introduced to a bunch of demo videos showcasing the new skills and dodging mechanics!

When the enemies are attacked by a skill, the player pulls the Hate (Monster Aggro) onto him and the enemies enter a provoked state. This allows us to bind the enemies’ movement and protect the party.

When attacking monsters, it’s evident to say that they each have their own element weaknesses. You can also aim for a burst which can put different elements on it.

Twin Striker’s Drain Build is equipped with skills that have super armor, so you can absorb the damage (by not evading) and just attack.

Instead of healing, this build allows Blast Archer to debuff the monsters and help out the team!

This time, Blast Archer is more of a supporter, stunning the enemies, speeding up the skill usage, putting the enemies to sleep, healing status ailments, HP healing.

As you can see here, all of the Spell Caster skills is in the fire-element. It’s good to use if you know the enemy’s element weakness.

Here, Spell Caster is using ice element skills which again is very useful if you know the element weakness of a monster. Ice slows the enemy’s movement down.

Spell Caster forced you to choose all 3 elements that you can begin with, but now you have an option to choose an element that you want to specialise on and equip multiple skills of the same element.

About 30 minutes into the stream, we got introduced to a new training mode! The training dummies comes in threes, spaced out and allows you to test the damage, AoE range and test combos! The training dummies are located just outside the entrance of Asterleeds, but can be found in several other places too.

Group Gestures has been added in BLUE PROTOCOL! You can now interact with other people through gestures!

When a player attempts to use the gesture to the other player and it enters a standby period in which the player could interact back. If the player interacts, you will both start playing rock-paper-scissors! A window will open so you can choose between Rock, Paper or Scissors. When both players choose, the rock-paper-scissors match will take place! You can also raise your gestures so it’s easier to see. There are also gestures to when you win or lose!

When a player attempts to use the gesture to the other player and it enters a standby period in which the player could interact back. If you’re both close enough, you will both start holding hands! This is great for in-game screenshots (and could be romantic 😉). When walking or changing directions, the hand animation will change accordingly. If you move a certain distance apart from each-other, you’ll let go. Although the controls are a bit hard, if you try well enough you’ll succeed in walking around!

A BLUE PROTOCOL Opening Theme Song is confirmed to be made for the game!

That concludes the end of this informational and exciting article! If you would like to stay up-to-date with all Blue Protocol News, or if you want to find a soothing and warm community of Blue Protocol adventurers, then click the banner below and join our Discord server!

Special thanks to Chi-Chan and Zakum for translating and Kurayami for the image assets! 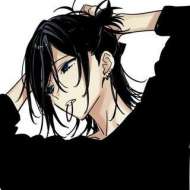